This Sunday I was finally able to throw Devin a birthday party since on his actual day the area was having problems with lice, so we couldn't have kids over. But that's all done and over with. The day turned out very fun and enjoyable for the kids! We had the party outside, played some games and the younger girls help me make a obstacle course relay which turned out pretty good! It's been awhile since we have been able to get the kids together like this so I'm glad this day worked out and I hope to have a kids day again soon! 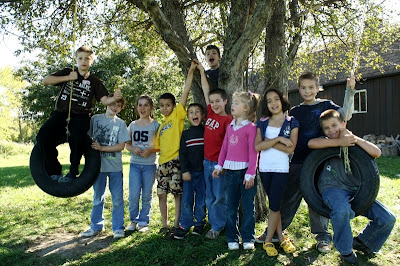 The beginning of the course, they had to run around the chairs the girls are sitting on. 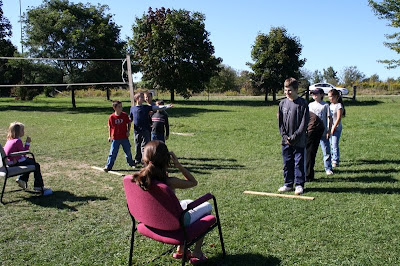 Then balance running over the beams 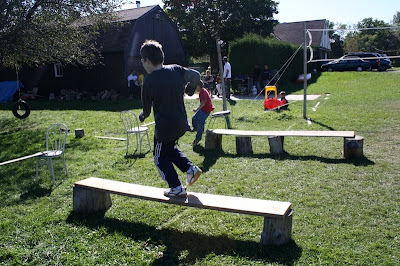 jump down and crawl under another board 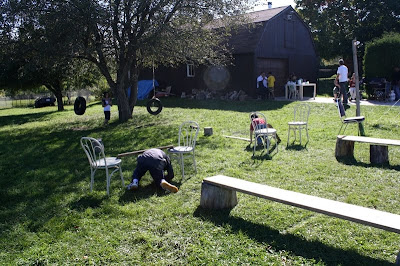 Jump over some logs... goooo Devin!!! 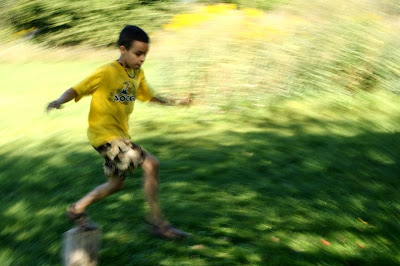 And last... jump through the tire swing! 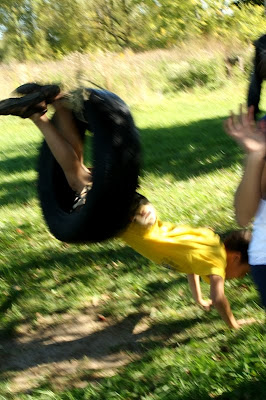 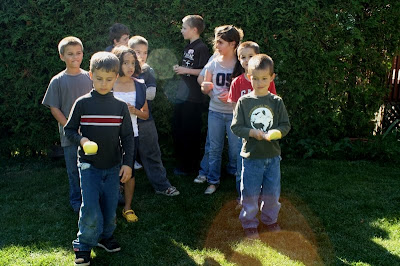 Logan was sooo excited and did very well! 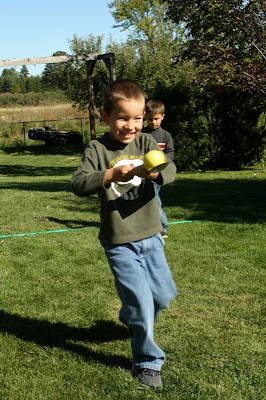 Here's my attempt in making a cool skateboard cake. 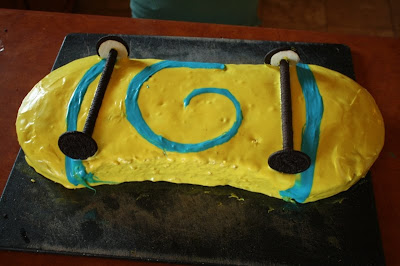 Devin picked out the design from an online site.. so I tried to make it look the same. But my poor icing was to droopy. I used Oreos for the wheels! 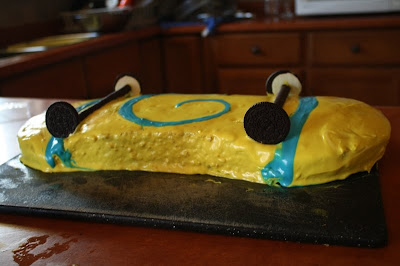 Mike came too. He was trying to light to candles but we had a nice strong wind that kept blowing out the flame. 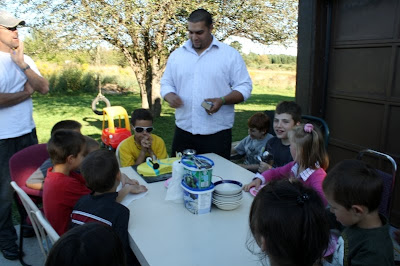 Devin was a little nervous being in the spotlight! He's a shy one at times We manged to get at least one candle lit that he could blow out! 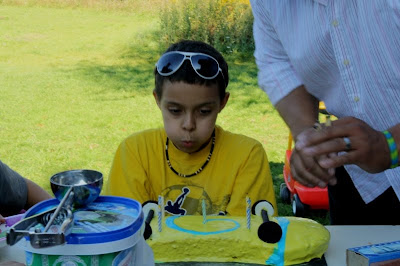 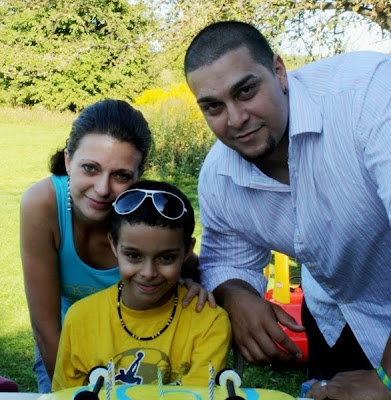 Posted by MarieAnne at 9:29 AM

Hey Grandma miss you so much little man. That's right you are so big. I am so proud of you.
You look like you had a great time.
Your mommy is really good at putting these things together.
God bless you Marie-Anne
I love you both so much
Grandma

MarieAnne
Living and enjoying life the best I can!